The best Chinese beers are breaking records as the world’s best-selling beers, thereby putting themselves at the forefront of the world’s alcoholic beverage economy. However, despite their increasing popularity, most Westerners might not be familiar with them.

With the increase in the number of local brands that produce beer and imported products, choosing a Chinese beer that will provide you with a rich and quality taste in return for your money could be difficult. In order to help you make the best choice when it comes to Chinese beer, we have compiled this guide. 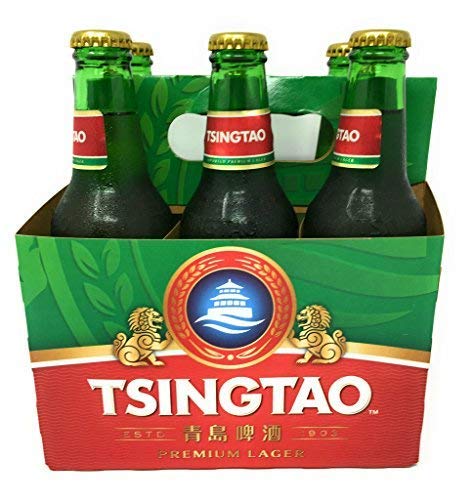 Tsingtao Beer was established in 1903 and currently controls 15% of the beer market in China, making it the second most popular beer in the country. The reason for its high purchase is not far-fetched: the company makes use of only high-quality raw materials -Laoshan mineral water, hops, barley, and rice- that give the beer a rich and distinct taste.

The beer has an ABV of about 4%, which is only slightly less than the percentage of the Harbin Beer. In the US, the beer is pretty expensive, costing almost double the amount of local beer. Examples of Tsingtao Beer products are the Classic series, Draft series, and Stout series. 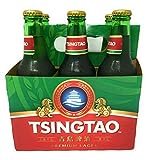 Harbin beer , founded in 1900, is China’s oldest beer brand and fourth-largest brewery. It is so good that not only is it sold all through China, it is also exported to other countries. It is also listed on the Hong Kong stock market.

Harbin beer in the past used to have a strong taste and a bitter aftertaste. However, in recent times, the beer has been modified to have a cool and icy taste.

The beer is made from hops, rice, german yeast, and malted barley, which gives it its strong barley smell. The beer is crisp, however, unlike the Tsingtao Beer, it is not exactly light in texture.  The Harbin Beer product includes the following top brews in its series: Wheat king, Weissbier, Draft, and Ice.

The Wheat King, which has a pure wheat flavor, is the most popular series. The beer has an ABV of 5.5%. The Wheat King series has the highest alcoholic level of 10%. Finally, the Harbin Beer, just like the Suntory Beer and Tsingtao Beer, is a lager, hence it has a pale yellow appearance.

The Suntory Beer is made by a company in China that is a subsidiary of the Suntory company in Japan. The beer is brewed using 100% mineral water extracted from underground. It is also a 100% barley malt. Although the raw materials used in making the beer are simple, their quality is top-notch.

The Suntory beer has a floral and long-lasting barley flavor and a malt taste. Unlike the Tsingtao and Harbin beers, it is non-alcoholic, yet very refreshing and interesting to drink. Where most of the other Chinese beers, including the two mentioned above, are of lager style, this one is a German-style pilsner, which gives it a medium to high hops bitterness. Its appearance is pale yellow and it comes with big bubbles.

The Suntory Beer company partners with Tsingtao beer, which is one of the things that gives it an edge in the market and makes it more popular. 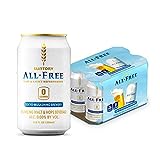 Features to Consider for Chinese Beers

Beer is not the same around the world; different countries have beer traditions that are peculiar to them. Chinese beers are beers that are produced by breweries in China. They are usually characterized by a lighter texture and lower alcoholic content. Because of these characteristics and more, Chinese beers are easily consumed at any time and in large volumes.

China has a strong beer culture, with different provinces having their own preferred local brands. However, despite the various brands, there are certain qualities that are peculiar to most Chinese beers.

These qualities distinguish them from beers from other countries and should be considered during purchase. They are:

Chinese beers generally have a lower alcohol content than Western beers. Most Chinese beers have an Alcohol by Volume percentage of between 3.5-5%, like that of the Tsingtao beer, which is quite low, when compared to the 5% and above of Western beers.

The low alcohol level is most likely one of the reasons the Chinese consume a lot of beer since it would take them drinking a lot before they can get intoxicated.

The flavor is another thing that distinguishes Chinese beers and it should be considered during purchase. It is determined by the ingredients and recipe used in making them.

Chinese beers usually have a fresh, refreshing flavor that makes them easy to consume. For example, the flavor and taste of the Harbin beer are quite distinct, which makes it more interesting to consume.

Most Chinese beers are light and crispy, making them easier to consume in large quantities, unlike other beers that are heavy. This makes them a good and convenient pair for meals.

The Suntory beer, for instance, is ultra-light and therefore, easy to consume. When purchasing a Chinese beer, ensure that you put into consideration the lightness and crispiness of the beer. This helps ensure that you get the very best experience.

Below are answers to some frequently asked questions that you might have:

What Ingredients Are Used in Making Chinese Beers?

One major feature of Chinese beers lies in their ingredients. Malt and hops are the most common ingredients used in making beer and are pretty much what most people are familiar with. However, not all Chinese beers are made with hops and malt. For instance, in ancient China, beers were made with grapes, honey, fermented rice, hawthorn, etc.

Also, some beers make use of bitter melon as the bittering agent instead of hops. However, this is not to say that malt and hop are not used in Chinese beers, as there are quite a number of them who make use of these ingredients.

What Style Beer Is Most Popular in China?

Whether or not you have heard about the beers mentioned and reviewed above, if you are a big fan of beer, you should try them out. Not only will this broaden your taste in beer, but one of them just might turn out to be your next favorite alcoholic beverage.